The year was 1991. The air was cool for July as I stood on top of a tall butte with my Father and Dwayne Breyer. The three of us were looking out onto the ranch that I ran with my father. The pastureland was brown from hot summer winds and sparse rain. For the years, `90 & `91, I had been part of a new extension program called Bootstraps, designed to help people like me improve ranch management. Dwayne, a range consultant with Bootstraps, started pointing out the large green patches scattered throughout the winter pastures visible on the plain below.

“If I were you fellas,” he said, “I’d be rotating a large herd of yearlings through these pastures about now.” He pointed out the green patches we could see were warm season grasses; mostly big bluestem and side oats gramma. Dwayne went on to say the yearlings will seek out those “ice cream” grasses and leave the western wheat alone. That`s a good thing for us since western wheat is a great grass for winter grazing. He said that cows will have to be pretty hungry before they eat big or little bluestem in the winter when it is dormant. Not that they won`t but you can get a lot better use of those grasses by grazing in the summer with a fast rotation.

I was in the first Bootstraps class starting in 1990. Dwayne was a hired range consultant doing the Bootstraps follow up resource inventory. Dwayne stood between my Father, Skee, and I on the butte that July day when he recommended implementing a rotational grazing plan on the ranch. There was a long silence after he had made his pitch. Finally, Skee spoke, “Won`t those yearlings hurt our winter pasture? I am afraid they will eat out the good stuff and our winter grass won`t last.”

I looked at both of them and said, “lets try it.”

Dwayne, sensing my enthusiasm and Skee`s reluctance, adeptly shifted into his “be careful” lecture, “I’d suggest you start slow with a small herd”, Dwayne began, “get your feet wet for a couple of years and see how it goes. The worst thing you could do is jump in too fast and have a wreck. That might sour you from making some real progress.”

That first summer we rotated fifty yearlings through six winter pastures. Two years later we were moving 250 yearling steers every two to three weeks through 800 acre pastures. This rotation took us into August when we normally sold the yearlings. We were able to keep the yearling open heifers all summer instead of selling them in the spring.

After the first year of rotating cattle, my father was a huge fan of the practice. He would drive around the ranch evaluating utilization of warm season grasses and coaching me on how long to leave the yearlings in each pasture.

Standing on Cedar Butte that day in July of 1991, Dwayne made his second pitch, explaining how season long grazing was depleting our plant diversity.

“Your plant diversity may be the most important thing you have going on this ranch.” Dwayne said, “Where you summer long graze, the warm season grasses and forbs are just disappearing. If you can manage to get these pairs rotated even a couple of times during the summer it would make a tremendous difference in your pastures.”

It took a number of years for Dwayne`s wise words to be fully appreciated by my father and I. But, joined a few years later by brother-in-law Blake, we planned, sometimes failed, and re-planned grazing strategies. In drought years the yearlings were sold in May. Steadily the pastures improved. As a result, plant diversity is, as Dwayne predicted, the most important natural resource we have on our ranch today. 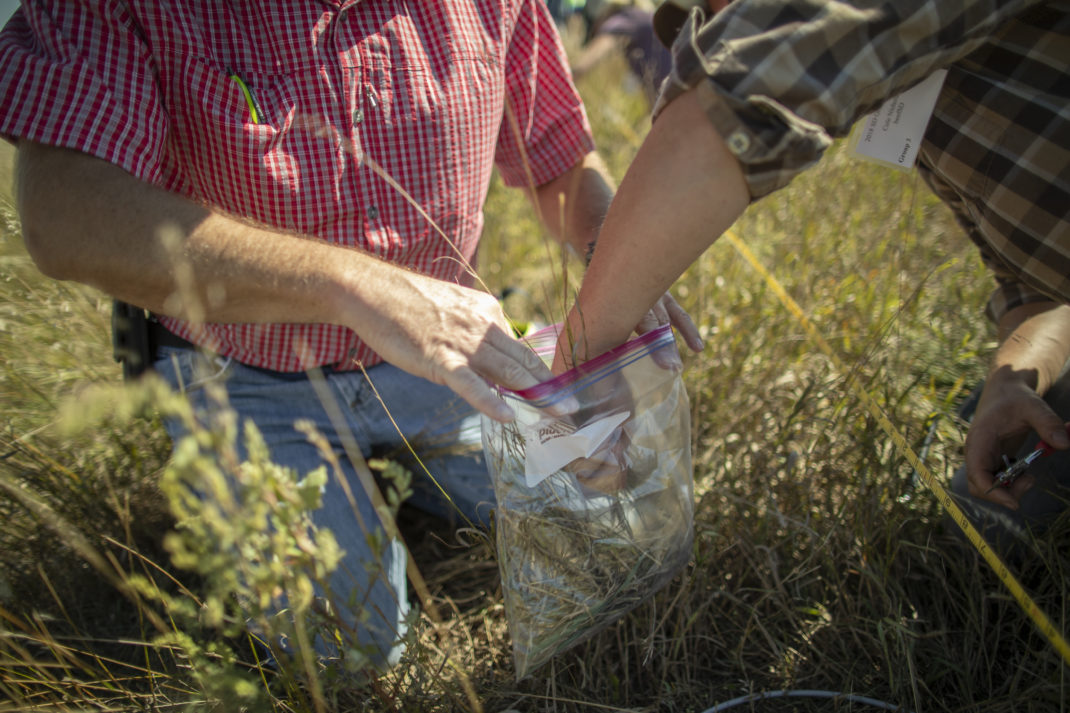 Dan is a past board member of the South Dakota Grassland Coalition of 18 years. He is currently the Educator/Consultant on the Coalition’s Collaborative Conservation Grant.

Recent graduates of the South Dakota Grazing School are eligible for a Bootstraps style range consultant visit. The range consultant may spend several days on the graduates ranch helping implement grazing practices. The cost is $150. The remaining consultant fees are paid by grants from NRCS, SDSU Extension, and other generous donors.

Want to attend an event?

If you have questions, please contact Judge through email at jljessop@kennebectelephone.com or by phone at (605) 280-0127.

This website uses cookies to improve your experience while you navigate through the website. Out of these, the cookies that are categorized as necessary are stored on your browser as they are essential for the working of basic functionalities of the website. We also use third-party cookies that help us analyze and understand how you use this website. These cookies will be stored in your browser only with your consent. You also have the option to opt-out of these cookies. But opting out of some of these cookies may affect your browsing experience.
Necessary Always Enabled
Necessary cookies are absolutely essential for the website to function properly. This category only includes cookies that ensures basic functionalities and security features of the website. These cookies do not store any personal information.
Non-necessary
Any cookies that may not be particularly necessary for the website to function and is used specifically to collect user personal data via analytics, ads, other embedded contents are termed as non-necessary cookies. It is mandatory to procure user consent prior to running these cookies on your website.
SAVE & ACCEPT